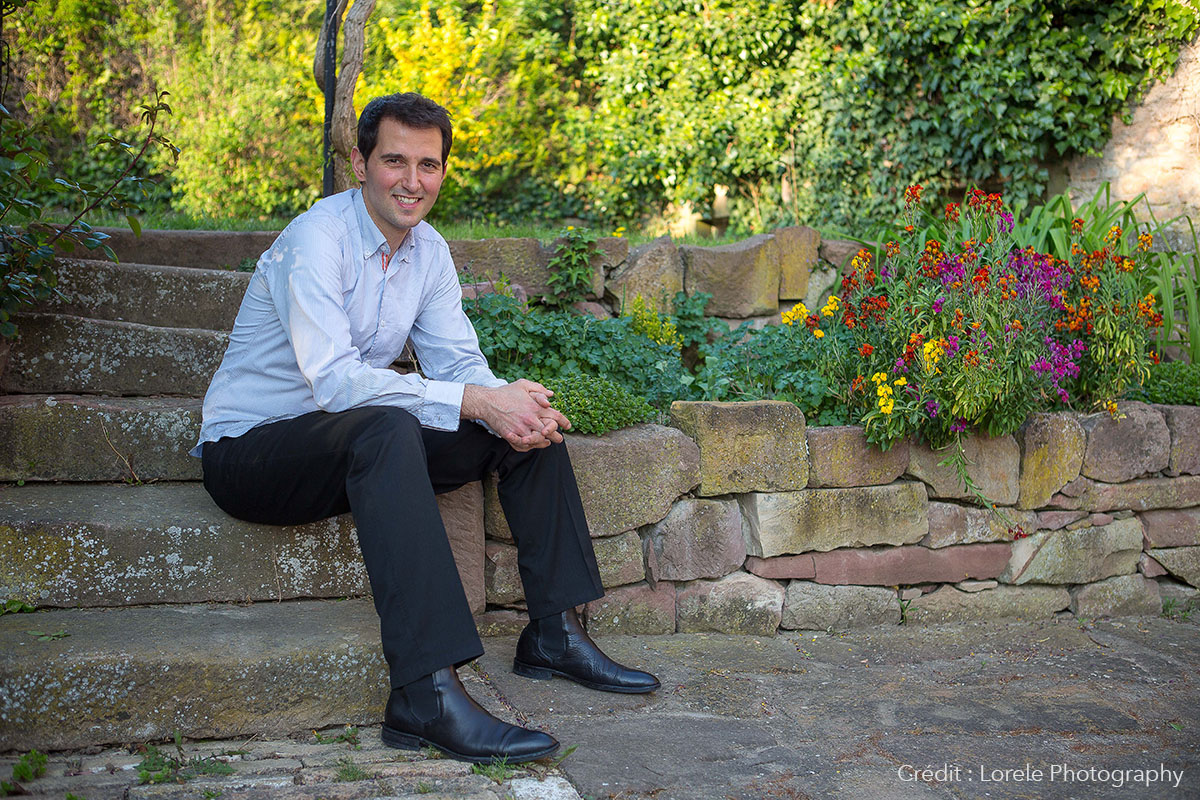 “O stay and hear your true love’s coming
That can sing both high and low”
Shakespeare : “Twelfth Night”, II

Countertenor, he began his musical training with the Maîtrise de Garçons de Colmar and went on to obtain the specialist diploma in Baroque vocal style at the Centre de Musique Baroque de Versailles, then the Diplôme d’Etudes Musicales at the Versailles Conservatoire.

In 2013, with the masterclasses of the Académie des Lumières (Lunéville), he met Gérard Lesne and Andreas Scholl. A close collaboration began with those artists. He was among the finalists in the Froville baroque singing competition. Upon the advice of Andreas Scholl, he joins the project Barock Vokal of Mainz University.

In 2014, he could be heard in Monteverdi’s Orfeo in Nancy Opera house with Les Talens Lyriques. He also performed in Bach Saint Matthew’s Passion conducted by Michael Hofstetter. He sang in  Monteverdi’s Vespers conducted by Ton Koopman, in the Itinéraire Baroque Festival. He performed at the Forum Alte Musik (Francfort) in Bach Cantata’s Herkules am Scheideweg  (BWV 213) conducted by Konrag Junghänel and also Weihnachtshistorie by H.Schütz conducted by Andreas Scholl.

In 2015, he sang as soloist, in the Messiah by Haendel with Orlando-Fribourg Ensemble, in the B-minor Mass by JS Bach with La Chapelle Rhénane and then in the Dixit Dominus by Haendel with Les Métaboles. He performed in the Chichester Psalms by Bernstein, directed by Felix Koch, in Mainz and collaborated  in Les Dominicains de Haute-Alsace world creation video mapping Cold Song .

Among all the projects of 2016, it will be possible to listen to him at the Festival Valloire Baroque with his Ensemble Quintadena, at the Festival de Musique Ancienne de Ribeauvillé with the viols consort, Sestina Consort, and then in the Ascension Day’s Oratorio (BWV 11) by JS Bach and directed by Felix Koch in Berlin, Francfort and Mainz. He will frequently give concerts abroad and in France while working regularly with the Ensemble Orlando–Fribourg.